On Paris and Equanimity

‘Paris is always a good idea. Paris is always a good idea.’  I played that sentence on loop in my head to give me courage as the plane was touching down in Charles de Gaulle airport. If Audrey Hepburn could burn all bridges and escape to Paris, so could I. Like her character in the 1954 movie ‘Sabrina,’ I was going to get a new haircut, a new wardrobe, and a new life in this city. I was going to find love, happiness, and myself. In Paris, the most beautiful city in the world.

I secretly knew of course, as any self-respecting Audrey fan would, that she never actually said that sentence; it appeared much later in the 1995 remake of the film. I also secretly suspected that perhaps not every person who ever moved to Paris found happiness, fulfilment, and an accordionist playing la vie en rose under their window. But, as with all of life’s little lies that make us happy, I chose to believe both those things with all my heart.

The truth is, neither Audrey nor I were the first to come up with this brilliant solution to all our problems. On the contrary, it seems that throughout history anyone in the world who ever felt disenchanted with their dull existence at some point ran away to Paris: Ernest Hemingway, Francis Scott Fitzgerald, Gertrude Stein, James Joyce, Samuel Beckett, Pablo Picasso, Henri Matisse, Marc Chagall, Igor Stravinsky, Jean Cocteau, Vaslav Nijinsky. To this day 27 million tourists flock to France’s capital each year, believing that whatever they are looking for, even if they themselves do not know what it is, they will find in Paris. 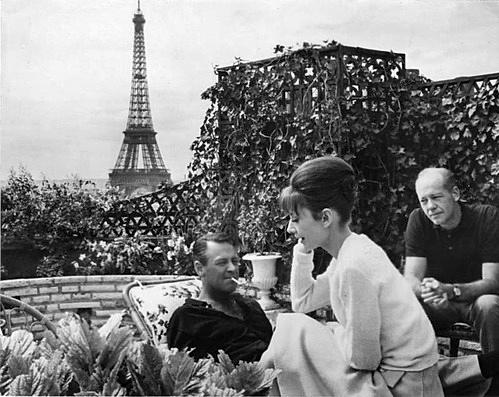 Romantics say it was the lights that drew the artists, writers, composers, and choreographers to Paris. In 1828, when the Mairie de Paris took on the colossal project of lighting the entire city with gas lamps, Paris became the first city in Europe to literally glisten in the night. La ville lumière, the City of Light. Pragmatists believe it was the political and social tumult the city went through in the 19th century – Waterloo, the 1848 revolution, Haussman’s renovations, the 1871 uprising – that spurred a wave of creativity and renewal amidst the rubble. When you have nothing, you have nothing to lose; art dealers were more intrepid with avant-garde artists, publishers were humbler and more inclined to take a risk on radically innovative new authors.

I think the answer is subtler than that. It was not about what was in Paris, but about the person you could be in Paris. In 1863, Charles Baudelaire published a poem in Le Figaro entitled ‘Le peintre de la vie moderne.’ In it he described le flâneur: a quintessential Parisian wandering the city’s urban streets, finding inspiration and depravity in her as his muse.  Un flâneur is a man of leisure, an idler, an urban explorer, a connoisseur of the street. He is the artist-poet of the modern metropolis, and he exists only in Paris:

For the perfect flâneur, for the passionate spectator, it is an immense joy to set up house in the heart of the multitude, amid the ebb and flow of movement, in the midst of the fugitive and the infinite. To be away from home and yet to feel oneself everywhere at home; to see the world, to be at the centre of the world, and yet to remain hidden from the world—impartial natures which the tongue can but clumsily define.

It did not matter where you came from, or who you were before you arrived here. The rules of the world did not apply in Paris. You could walk the streets, drink wine by the Seine, write poetry for a hot meal and sell a painting in exchange for rent. Philosophie is a profession, and flânerie is an art. That was why people moved to Paris. 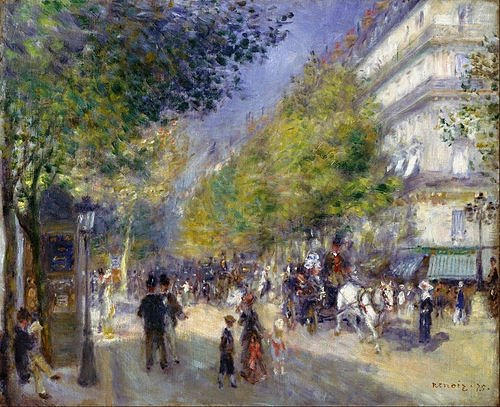 It was in Paris, in 1951, that Richard Yates wrote his first and arguably best novel: ‘Revolutionary Road.’ In the story, a suburban American woman tries to convince her husband to quit his job, pack up their children, and move to Paris:

It’s your very essence that’s being stifled here. It’s what you are that’s being denied and denied and denied in this kind of life. [In Paris], you’ll be doing what you should’ve been allowed to do seven years ago. You’ll be finding yourself. You’ll be reading and studying and taking long walks and thinking. You’ll have time. For the first time in your life you’ll have time to find out what it is you want to do, and when you find it you’ll have the time and the freedom to start doing it.

That particular couple never moved to Paris, but I did. I found the accordionist who played la vie en rose. I strolled the streets, gorged myself with cheese and wine, and with enough of those, I spouted philosophy and wrote poems in my cold little room. And just when I found both happiness and myself, love found me and it was time to leave.

Ernest Hemingway said that ‘if you are lucky enough to have lived in Paris as a young man, then wherever you go for the rest of your life, it stays with you.’ It took me a long time to understand what he meant, but now I think I finally do. It isn’t Paris that stays with you, but the state of being you develop while living there. Equanimity: mental calmness, composure, and evenness of temper. A serenity that comes with knowing who you are, and finding happiness and strength within you irrespective of the inevitable struggles you will face.

In Seneca’s De Vita Beata, ‘On the Happy Life,’ he says that ‘the greatest blessings of mankind are within us and within our reach.’ True happiness is to enjoy the present, to be a penniless writer, to spend an afternoon walking aimlessly up and down boulevards and alleys. To be content with that.

I found equanimity, but like Hemingway, I think I would much rather call it Paris. And he was right, it is a moveable feast. 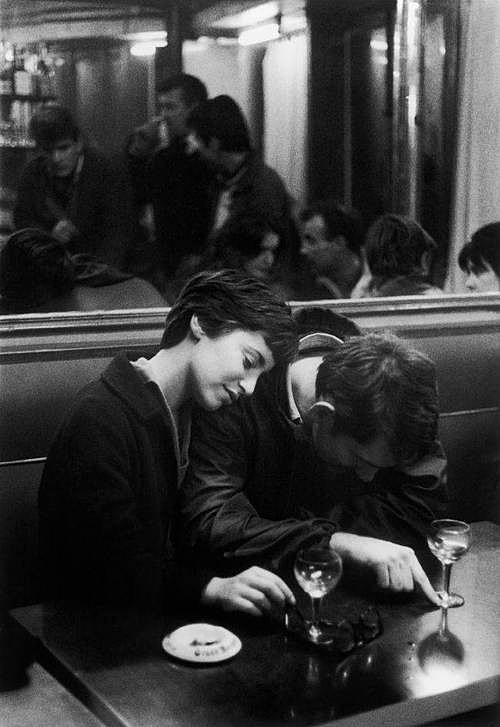